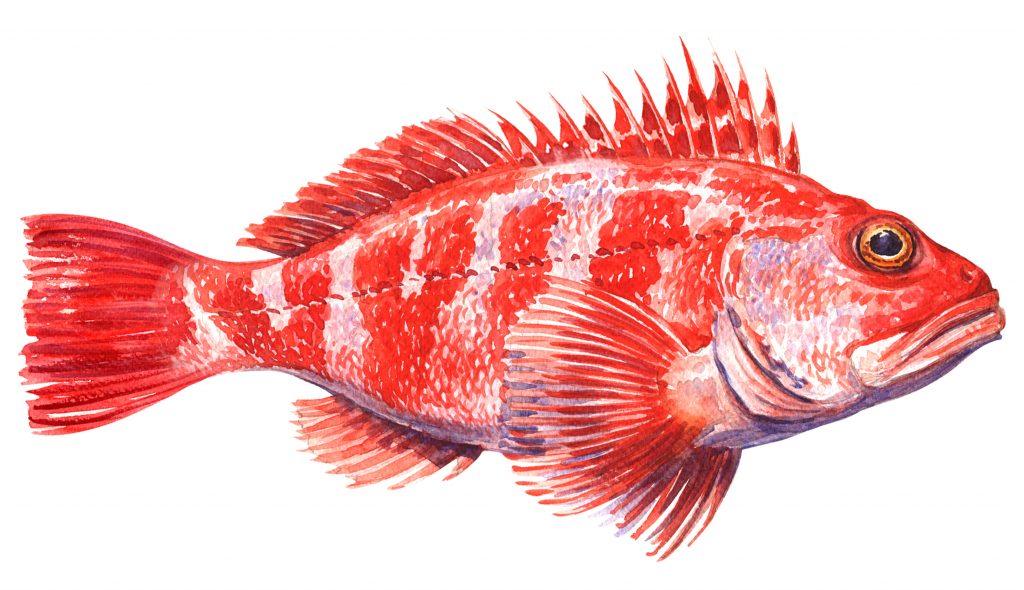 July 10, 2019 – Machiasport, ME – Cooke Aquaculture USA announced today that whole blackbelly rosefish (Helicolenus dactylopterus) has been approved by the Maine Department of Marine Resources to be sold and used as lobster bait in the state. This new supply will help address challenges Maine lobstermen have faced as a result of decreasing herring quota and its impact on access to supply.

The New England Fishery Management Council announced in June that the quota for herring caught off the coast of New England will be reduced in 2020 and 2021, further impacting the existing bait shortages in the area.

“Lobstering is an important part of the communities where we operate. Lobster fisherman are our friends, neighbors, and in many cases, family. When we learned about the bait shortage and its impact on the lobster industry in Maine, we began to explore possible solutions,” said Glenn Cooke, CEO of the Cooke Inc. family of companies which includes Cooke Aquaculture USA in Maine.

Cooke has nearly 3,800 employees in the United States and Cooke Aquaculture USA has over 200 Maine residents working at its Atlantic salmon marine farms, freshwater hatcheries and value-added processing plant in Machiasport. The family company and its people are well regarded for supporting the coastal communities where they farm, fish and live.

The blackbelly rosefish bait was granted approval for use on June 28, 2019 and will come from South Atlantic waters off Uruguay. It will be harvested by Cooke and frozen at sea as a whole fish within hours to maximize the product quality. The plentiful species is widely distributed in the Atlantic Ocean and is from the same scientific classification as the familiar Atlantic redfish, which lobstermen already often use for bait. Cooke is inviting local bait dealers to contact them to establish a supply chain.

“We believe this is a solution to address concerns from the lobster fishery on the challenges they are currently facing on account of bait shortages,” says Cooke. “We operate alongside lobster fisherman in coastal communities in the State and hope this new option for safe, clean bait will benefit our colleagues in the lobster fishery.”

The Maine Department of Marine Resources issued the rosefish approval to Cooke after a thorough evaluation by its bait review team, which is established to ensure the biosecurity of proposed bait species.

“We’re very pleased by the collaborative approach Cooke and the State took to help deal with the challenges that the lobster fishery has been facing related to securing bait,” says Patrice McCarron, Executive Director of the Maine Lobstermen’s Association. “This is a very promising solution to a serious issue, and we look forward to seeing it in use in Maine.”

For the second year in a row, Cooke Inc. earned the #1 spot on the SeafoodSource list of Top 10 North American Seafood Suppliers and Cooke Aquaculture Inc. was once again recognized as a Platinum Member of one of Canada’s Best Managed Companies. Cooke Aquaculture Inc. was recently recognized as the top private growth company in Canada by Grant Thornton and the Canadian Chamber of Commerce.